The diversity of the landscape – with its 76 larger and smaller lakes, the rolling hills and proud ridges – ensures constant surprises.

The picturesque Salzbergbauort amid the Salzkammergut offers not only interesting facts about pre-Christian history, but also the oldest salt mine in the world. Nearby is the Dachstein Giant Ice Cave.

The development history of the salt production is as old as the humans themselves. The salt mining Hallstatt is the oldest salt production place in the world, which still stands in the today’s time in enterprise.

The small town with its beautiful lake promenade is one of the most popular bathing and holiday resorts in the region. A cable car leads to the Zwölferhorn, from where you can enjoy a magnificent view of the Wolfgangsee and numerous mountain peaks.

By boat across the Wolfgangsee to St. Wolfgang, by steam locomotive to the Schafberg, then a coffee in the world-famous Weisses Rössl – who would not like to be there?

The small town was famous as a summer resort by Emperor Franz Josef. The Kaiser’s summer residence, the imperial villa is the attraction of the place.

What to take:
Camera, comfortable footwear 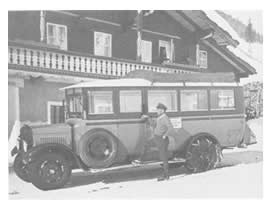